edit: The post below finally became obsolete as IBM finally created the layout-widgets our client’s had been asking is for! Introduced as of 5.3.1. are: tabs, columns and titlepanes! 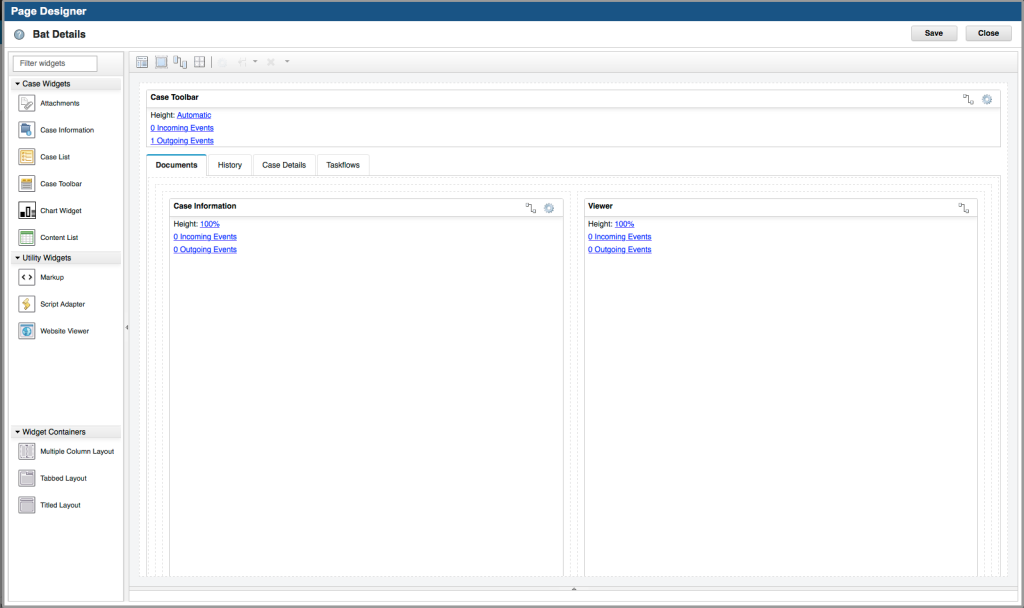 While i aimed this post to contain a first prototype of, what i call an advanced layout widget for IBM Case Manager, unfortunately i have only been able to create a proof of concept for the idea that configured widgets (page designer) can be reorganized, while maintaining their original wiring functionality.

While this knowledge will ultimately result in something cool, i guess at this point it’s only a boring prototype combining three widgets on a custom page within a tabcontainer.

Non the less, i figured to share these proceedings.

The below prototype code was part of a script-adapter triggered on pageOpened;

And utlimately transformed this page: 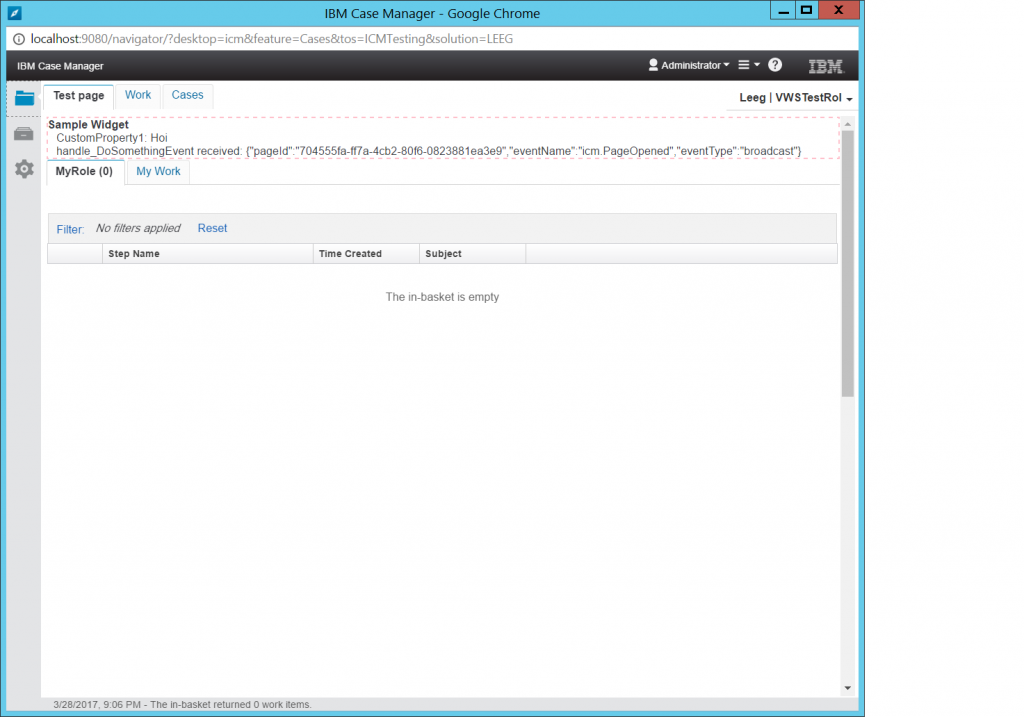 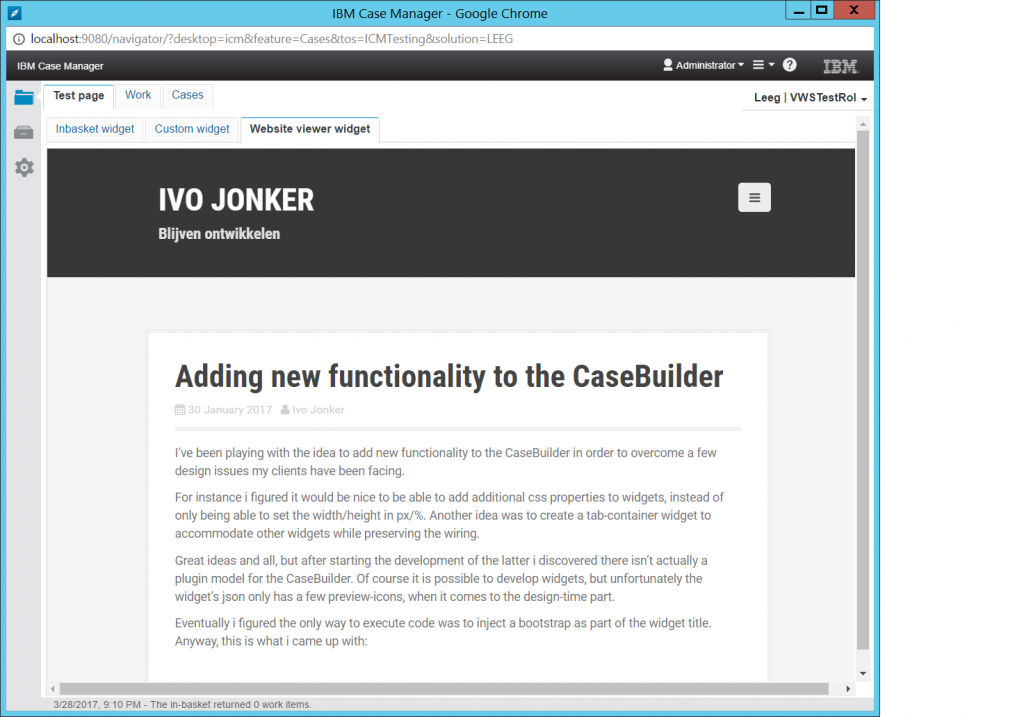 One thought on “Advanced lay-outing with the page designer”